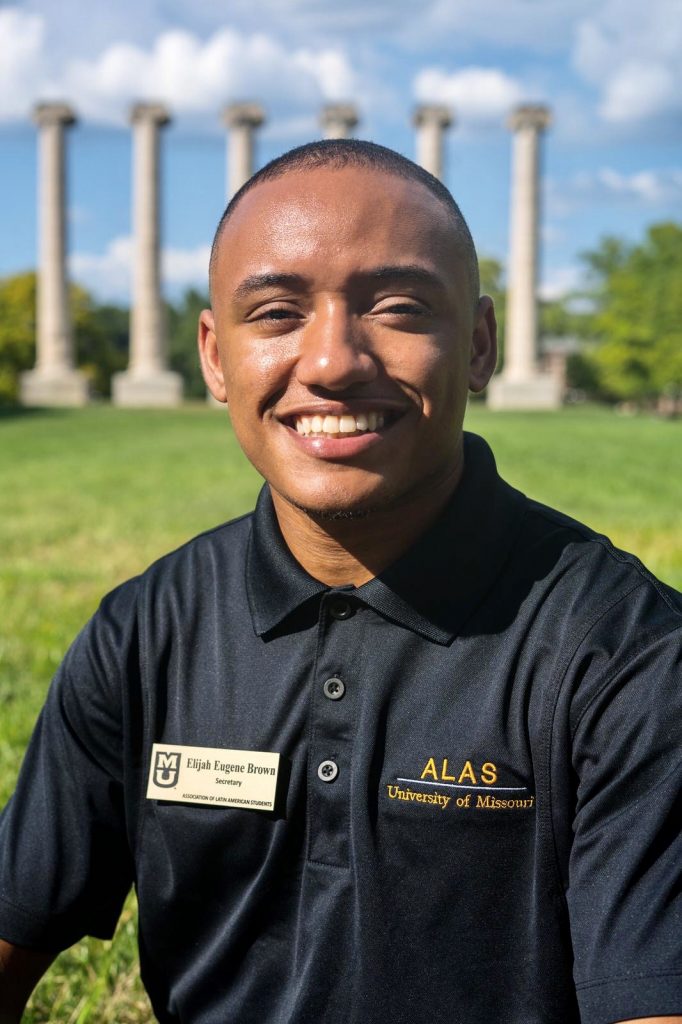 MU Junior, CASE Scholar and Co-President of the Association of Latin American Students Eli Brown, poses for a photo near The Columns on Mizzou’s campus in Columbia, Missouri.

Many are familiar with his friendly greetings, encouraging words and sound advice from behind the front desk of the Center for Academic Success & Excellence.

MU Junior and Brooks Scholar Elijah Brown is a well-known face in the CASE office and around campus. As a CASE ambassador, the Co-President of the Association of Latin American Students (ALAS) and a host of other campus involvements, Brown serves his campus community with his leadership.

“All of these organizations have built me up as a man, preparing me for adulthood and being a leader,” Brown said.

With four younger siblings and 13 younger cousins, Brown is used to the expectations that come with being a leader.

“I’m always getting looked up to,” Brown said. “There’s a lot of pressure on me, but I don’t let it get to me.”

“Leadership for Eli comes second nature, without any prompting,” Vick said. “He leads, guides and supports his peers around him.”

Brown is double majoring in Linguistics and Spanish with plans to attend graduate school. His interest in language began in high school as a way to reconnect with his cultural heritage.

“I was always fighting with my identity growing up because my father wasn’t around, so I didn’t have that connection with my Puerto Rican side,” Brown said. “Language is so much more important to our identities than we realize a lot of the time. That’s why I appreciate endangered languages, I appreciate people who are fighting to document these languages and save them [and] save these cultures.”

Brown credits one of his first experiences with CASE, through the Summer Bridge Program, with giving him the academic resources necessary for his success.

“It really helped me hone my studying skills before school actually started,” Brown said. “Doing that program gave me a glimpse of what life could be like, finding all of this success, what it would lead to. That’s still one of the best summers of my life.”

From that positive experience, Brown began working for CASE his sophomore year.

“It really helped give me a bigger sense of purpose in college,” Brown explained. “It made me realize that I’m working for more than myself here. I’m working here to give back to the people that believed in me in the first place and I’m working to actually have an impact on those students who feel unmotivated. It’s nice to pick them up and give them words of encouragement.”

Brown’s accomplishments inside and outside the classroom have not gone unnoticed. This semester Brown was invited to join Phi Beta Kappa (PBK), one of the nation’s most prestigious academic honor society.

“I didn’t realize how important or how big that was until in the [CASE] office, people were coming up to me, congratulating me,” Brown said. “That whole week was an amazing week.”

“He honestly deserved it long ago,” Vick said.

Every spring, members of the Phi Beta Kappa, Alpha Chapter of Missouri review the academic performance of MU juniors and seniors with liberal arts majors against the established set of PBK criteria. Only 10 juniors are selected to join the society and awarded a scholarship from the MU Chapter. Seniors from the top 10 percent of their graduating class are also selected for induction into the society. Needless to say, this is a rare honor.

When Brown first received the email informing him of his invitation, he was skeptical and researched the honor society online to confirm its authenticity. He was surprised to discover he had fulfilled the society’s requirements.

“I didn’t realize just how high the expectations were in order to be invited into it,” Brown stated. “I was like, ‘Wow, I’ve done this. I did all of that and there are nine people just like me who did this too.’ I want to meet them, I want to be in their company. I know I have a lot of innate motivation to prove people wrong and make something of myself. I want to know what made these people work as hard as they could.” 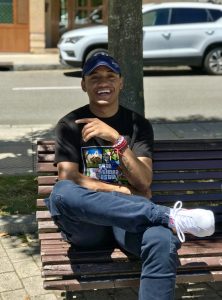 MU Junior Eli Brown is all smiles in Oviedo, Asturias during his student abroad program in Spain.

Additionally, Brown was accepted into a summer research internship at Yale University. Although the program has been significantly reduced due to the COVID-19 pandemic, Brown has not let this affect his goals, a testament to his unrelenting drive for success and to serve others.

“Instead of going to Yale as planned, I’m going to get my TEFL certificate, Teaching English to Foreign Language Learners,” Brown said. “The summer is open now so I can do this 170-hour course during that time spent and I’ll still be accomplishing something that is going to be useful in the future for me.”CASE Student Service Coordinator Devara Brock, who led Brown’s Brooks Scholars cohort, has served as one of Brown’s main sources of motivation.

“She was always so understanding of me with what I was going through because I was trying to achieve the impossible, it felt like,” Brown explained. “She was always there and understanding. Every time she sees me, she gives me a hug; I don’t know if she knows what that means to me but it means the world. I can’t imagine not having her there, being that presence.”

Brown met Brock during his interview for the George C. Brooks scholarship, and instantly knew she would play a prominent role in his college career.

“Seeing her speak to us at the Brooks interviews I was like, ‘I want to follow this woman, I want to do everything I can to make her proud,’” Brown said.

From his study abroad trip to Spain to his plans to apply for the Fulbright English Teaching Assistantship, Brown credits CASE staff with encouraging him and providing him with resources needed to participate in transformative opportunities.

“They’ve all had such a big impact on my life. I can’t imagine my life without any of them in it,” Brown said. “It’s just a nice family in CASE. That office has shed so much belief into me. I would not be here [without them].”

With his dedication and leadership, his advisors foresee many more achievements to come.

“Eli has a bright future ahead of him as he pursues a career in Linguistics and Spanish,” Vick said. “No matter the path he takes in his professional career, Eli will be successful.”

One text message from Brown’s uncle stands out as a quote for him to live by. It reads:

“It’s your turn now. With all the people that believe in you and have done these things for you, it’s time for you to give back to your community.’” 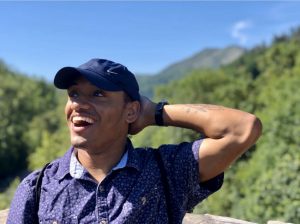 Brown plans to do just that.