MU Senior Jarame Crawford likes being a problem solver. He likes knowing how to fix things for others. 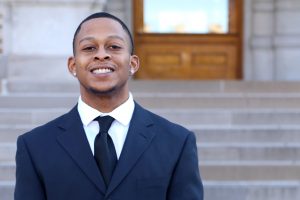 CASE Scholar and MU College of Engineering student Jarame Crawford smiles for a photo outside of Jesse Hall. (Photo/Becca Newton)

That trait is what led him from his home in St. Louis to Mizzou’s College of Engineering, with the backing of the Diversity Scholarship to help offset the cost. Sharon Crawford, Jarame’s mother, was hesitant, but she also knew Jarame had found his home.

“Jarame has always talked about being an engineer. The first time we went there me and my husband and him were walking to campus, and it was like, this is where Jarame was supposed to be,” Sharon said.

However, in the fall of 2018, Jarame was faced with a problem he wasn’t sure he could fix.

“I didn’t know if I would be admitted back into the program or school at all,” Jarame said. “I almost stopped going to school. I almost moved back home. I almost left Mizzou completely.”

Jarame finished the 2018 fall semester with a GPA below 2.0, which is the engineering school’s line for putting students on academic probation. Standing between him and a college degree were two appeal processes: one to get back into the program and the other to keep his scholarship.

“When we first got the information that his grades had fallen, we had went and talked to his academic advisor, Miss Brown,” Sharon said. “Of course, I was upset and worried. She was like ‘but it’s nothing that Jarame can’t pull back up.’ I said to Jarame ‘you can do two things: you can either let it go, we come home back home, or you can stay there and pull through.’”

While Jarame had a choice, he felt this couldn’t be the end of his time at Mizzou. So, for Jarame quitting wasn’t an option. He continued to meet with his academic advisor and contacted the Center for Academic Success & Excellence, which is where he met Ms. Brock, a student service coordinator.

“Ms. Brock was a lifesaver,” Sharon said. “She helped us through this whole process. She was a godsend.”

The process may have been new to Jarame and his family, but Ms. Brock and the rest of the CASE staff know how to support students through this stressful time.

“We care about the entire scholar, and not just GPA, not just finances,” Brock said. “We appealed the scholarship. And we worked through that. Partnering with Jarame and just encouraging him and being that support system and assuring him that he can do this. We just have to get up recalibrate and carry on. There is life after a difficult semester.” 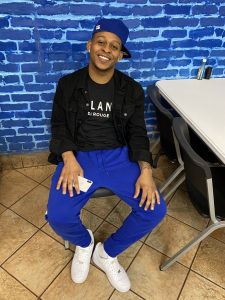 “Last semester, the very first weekend, I skipped everything, and I stayed in the house,” Jarame said. “And after that, it got contagious. The very next weekend, I was staying at the house. The more you stay at home the more time you got free [to study].”

Between dedicating more time and getting help from his MU support system, Jarame went from filing appeals to the Fall 2020 College of Engineering’s Dean’s list.

“It just came out of nowhere because my mom always told me like ‘all this stuff will pay off and putting in extra work doing all that studying and stuff will pay off,’” Jarame said. “That’s probably the biggest accomplishment I’ve had.”

While this was his own personal achievement, Jarame had also avoided being one of the 60% of minority students who do not complete their engineering degree at MU. A reason the College of Engineering has recently collaborated with CASE to improve their academic retention.

“We do know how difficult it is in engineering period, but for an African-American male at a predominantly white university to beat the odds and the statistics to make the Dean’s list in the College of Engineering was just phenomenal,” Brock said.

“When I got to the engineering field, I already knew there would not be many black faces,” Jarame said. “When I did change from doing bad to good, it was kind of crazy. Because you could kind of see even through zooms or just talking to people that people don’t think you’re as smart as you are, simply because of what I look like.”

As Jarame was debating whether he should keep going, the problem of the engineering school struggling to retain students had almost become a reality for Jarame. 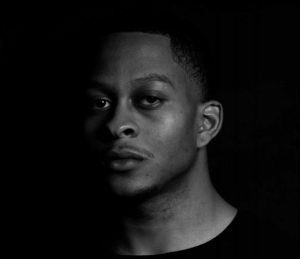 With the help of the CASE office, Jarame did more than just turn around his academic performance.

“We proved them wrong,” Brock said. “I don’t care what they say. I see greatness in all of our scholars.”

Jarame isn’t someone who gives up, and the Student Service Coordinators at CASE were not going to give up on him.

“Our office is not going to let you quit,” Brock continued. “That’s not what we’re designed for. It was the relationship. It was the rapport that was built. It was the choice that Jeremy could come say something to me. It was that we built a relationship with his mother, so when it’s difficult they know that there is someone on campus, an office on campus that genuinely cares about you in a holistic manner, your overall wellbeing. What our office does no one else can do.”

Jarame went from almost being on the wrong side of the statistics to knowing that he has a future in IT because of the dedication to himself and the people who support him.