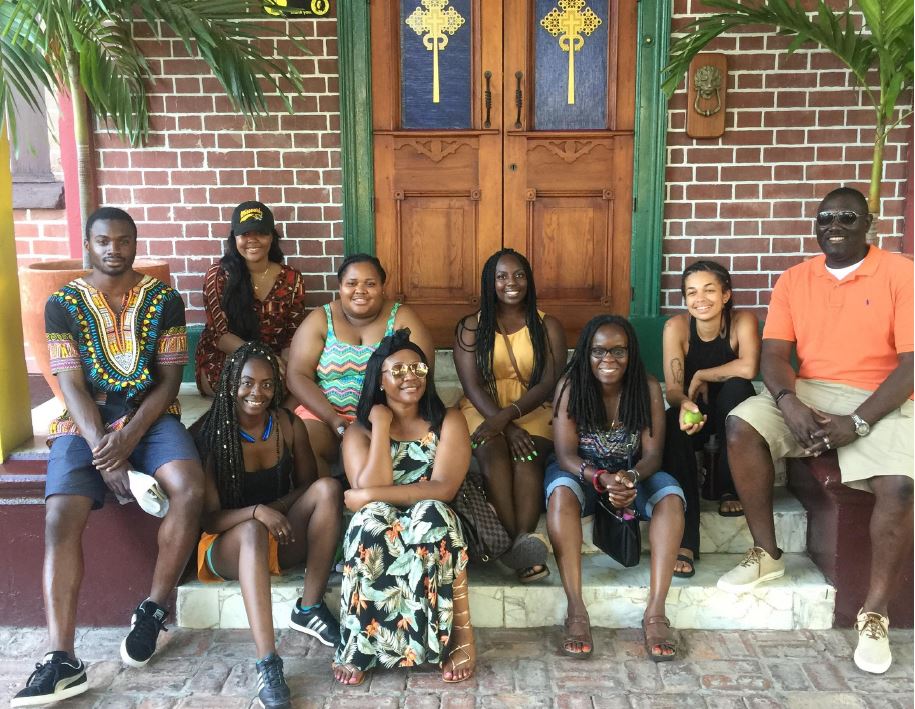 The study abroad trip to Jamaica was the first of its kind at Mizzou.

Last summer, the Center for Academic Success and Excellence (CASE), in collaboration with the MU Department of Black Studies and the English Department, made history by giving students an opportunity to study abroad in Jamaica.

“The goal of this program is to train future global leaders to be more effective and respectful of other cultures and political and economic systems,” Young says.

Shonekan wanted to create a study abroad program for the Department of Black Studies so students could visually learn about the black experience.

“In Jamaica, you can give the students the opportunity to learn about Marcus Garvey, which they would have learned about in their Intro to Black Studies class,” Shonekan says. “They can learn about Rastafarianism, which is a huge part of the religious diversity in the black world. You can talk about so many things and all of these themes kind of lend themselves to study abroad in black studies.”

Before the 10-day program, students read Marlon James’ fiction novel “A Brief History of Seven Killings.” It served as a guide for the trip as students traveled to many of the places mentioned in the book.

“The book is loosely based on Bob Marley and is fiction,” Shonekan says. “There is a lot of vernacular in it as well, which is very helpful for our students to read before they go so that when they get there they are already used to the cadences of the language.”

Among the places students visited were a dance hall club, Tuff Gong Studios, the Marcus Garvey Museum and the Bob Marley Museum.

Trench Town, the city in which the book took place, was senior Ida Campbell-Jones’ favorite stop of the trip. 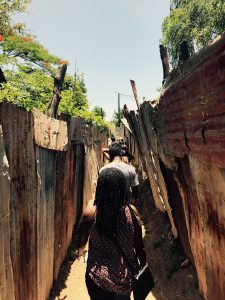 Students visited Trench Town, a neighborhood struggling on the outside, but booming with culture and pride on the inside.

“I saw how people were living and it really made me want to change my lifestyle,” Campbell-Jones says. “Since then, I have simplified the way that I live and have gotten rid of a lot of things that I thought that I needed because I found that I only need basic necessities.”

Shonekan cites Trench Town as being an important place that she wanted the students to visit because it’s not a common tourist destination.

“Our most serious visit to any place in Jamaica was our visit to Trench Town,” Shonekan says. “For many of us, what we saw in Trench Town was reflective of the ravaging influences of colonialism, slavery and their ramifications. We were all touched by that experience.”

Campbell-Jones had been to Jamaica previously for vacations and found that being a part of the program helped her see the real Jamaica, specifically Kingston. During the trip, students were required to document their experiences in a journal and Campbell-Jones recalls writing about her dismay following their visit to the Rose Hall Plantation. The plantation is a tourist spot in Jamaica and is known for being haunted, but historically was home to hundreds of slaves.

“They had actors portraying slaves and it was actually very scary,” Campbell-Jones says. “Just the way they commercialize the experiences of their ancestors is kind of eerie to me. It’s disheartening and disturbing to see people still profiting off of slavery.”

Participant Elorm Nutakor shared similar thoughts about the visit to the plantation. He cites the visit as being one of the things that brought the group together because it sparked a conversation about commercialized history.

Before going on the trip, Nutakor was unsure about the kind of experience he would have, but found everything he learned from the program to be applicable to his education.

By the end of the program, students not only created life-long bonds with their peers, but also became more in tune with their culture.

“I learned to appreciate the differences in black culture,” Campbell-Jones says. “I really connected to my blackness because when you learn about the different experiences and lifestyles of black people around the world, you learn more about yourself.”