Receiving the Dr. Donald M. Suggs Scholarship meant more than just relieving some of the costs of college for DeMario Malone and his family. The scholarship gave Malone an opportunity he was not sure he would have. 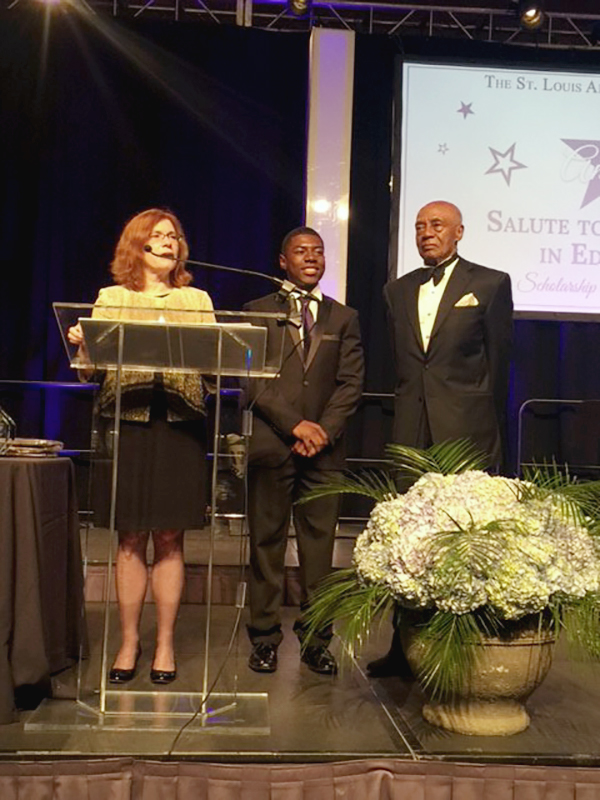 Malone, a freshman at MU, grew up in Florissant, Missouri, a suburb of St. Louis. He originally decided to attend Mizzou because of its location—it was not too far from home or too close to home. However, it was receiving the Suggs Scholarship, after unknowingly applying, that helped finalize his decision.

The Suggs Scholarship provides recipients $15,000 and includes an additional $7,000 reserved for a study abroad experience.

During his interview for the Brooks Scholarship, Malone discussed how being from a community close to Ferguson, Missouri, had an impact on his life. Although he lived in Florissant, he worked in Ferguson and saw first-hand the aftermath of the Michael Brown verdict.

“It definitely put a stigma against my town,” Malone says. “We were already going through some very bad white flight, but after that everyone left. It was weird seeing military personnel patrolling like I lived in Iraq. My principal left my school and my superintendent left the district, so there were a lot of changes at my school.”

Throughout high school, Malone was encouraged by his parents to go to medical school to become a doctor. However, since entering college he has realized that psychology is his passion and he has joined a psychology club on campus.

Malone participates in the Undergraduate Success Program through the Center for Academic Success and Excellence (CASE) and the Honors College. He also regularly meets with CASE staff members to stay on track with his scholarship requirements.

Although he is unsure on what he will do after graduation, one thing is certain—Malone wants to make a statement.

“My biggest hope is to paint African Americans in a better light,” he says. “I want to show that all the stereotypes that they show on TV aren’t true. We can be smart, articulate and leaders in our communities.”